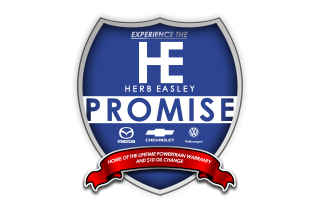 Model Overview
Volkswagen went way back to the drawing board with its reimagining of the 2012 Beetle. The new Beetle--which is not to be called a "New Beetle"--draws its inspiration from the original car of 1938, but with a lower, flatter roofline. This gives the car a more aggressive stance. Overall dimensions have grown, which translates to more interior room for passengers. Those passengers get a combination of retro simplicity in the gauge layout, elegance in the quality of cabin materials and high-tech in the available gizmos and gadgets.

The Beetle comes in two basic trims--the base 2.5L and the Turbo. The base model utilizes a 170-hp, 2.5L 5-cylinder engine driving the front wheels through a standard 5-speed manual. The Turbo delivers 200 hp from a 2.0L direct-injected and turbocharged 4-cylinder. This engine is mated to a 6-speed manual. On 2.5 models, a 6-speed automatic with Tiptronic and Sport mode is optional, while on the Turbo buyers can opt for a 6-speed direct-shift (DSG) automatic. The dual-clutch unit offers drivers both fully automatic or semi-manual control.

The Beetle shares its underpinnings with the new Jetta, which include front struts and a rear twist-beam axle. Steering-feel will feel very familiar to those who have driven previous New Beetles, though the driving experience has changed significantly, thanks to the revised A-pillar angle and accordingly the abbreviated dashboard. The effect is to bring the driver closer to the action.

Base models can be equipped with a powered panoramic sunroof and a Fender premium sound system and navigation.

Safety comes standard as well in all 2012 Beetles, with anti-lock brakes, dual front airbags and combined curtain and side front seat airbags.

With the Herb Easley Promise you can earn reward points to be used in the service department to get money off of your parts, service and accessories.